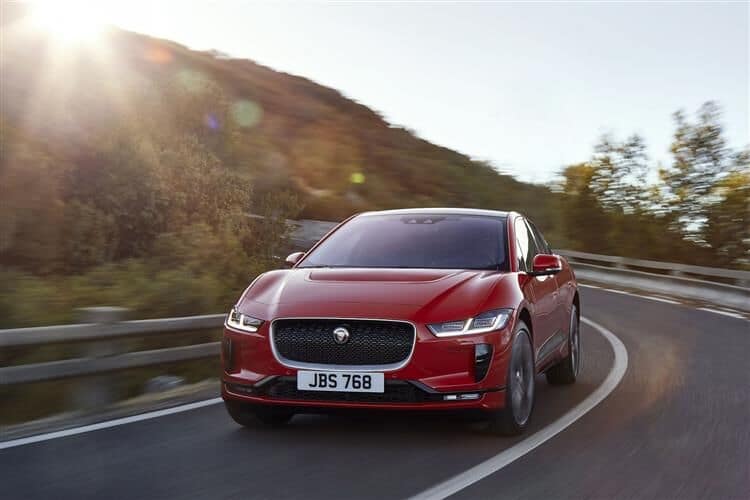 The future of driving is electric vehicles, which is great for the more environmentally conscious who just can’t face getting on a bus or shelling out the sometimes-thousands-of-pounds for a seasonal train ticket. Zero-emissions cars are a major way of reducing your carbon footprint. Electric cars are cleaner and quieter – but which one do you choose?

Get a quote on your new electric vehicle

No self-respecting list of the best electric cars would be complete without Tesla in the mix. The Model S is Tesla’s flagship car and appeals to the masses as an affordable, yet premium electric vehicle.

Going from 0-60 in 3.2 seconds and with a top speed of 162 mph, the Model S is a fast zero-emissions car and has a driving range of 310 miles on a single charge. A 15-minute session at a supercharging station will charge the Model S up to around 180 miles. Tesla has more than 13,000 supercharging stations all over the world – a number that continues to grow as infrastructure improves.

Because it’s a Tesla, expect all of the bells and whistles. Impressive features include using your smartphone as a key, all-driver controls are accessed via a single touchscreen and 360º cameras for visibility. The Model S boasts a forward-facing radar of 160 metres to anticipate what’s ahead and ultrasonic sensors to prevent collisions and help with parking. The Tesla Model S is set to be one of the most coveted electric cars to lease in 2019 and, in our humble opinion, it’s worth every penny.

The Jaguar I-Pace – perhaps the most stunning electric vehicle on the market right now – teams elegance and performance, and is without a doubt one of the best electric cars in 2019. In fact, it’s officially the Car of the Year.

Quintessentially British, Jaguar has been producing luxury cars since 1935 and the I-Pace is Jaguar’s first electric car. Despite breaking the mould, the I-Pace still encompasses everything that Jaguar-lovers expect and adore, making it one of the top zero-emissions cars currently available.

With all-wheel-drive traction, the I-Pace goes deftly from 0-60 in 4.5 seconds and a range just shy of 300 miles on a single charge. This, coupled with all of the luxury mod-cons that come with driving a status symbol such as this, cements this car as one of our favourite electric vehicles to lease in 2019.

Electric Car of the Year 2018, the Nissan Leaf, is probably the most recognisable electric car after Tesla’s powerhouse of luxury electric vehicles.

The joy of the Leaf is its simplicity. Well into its second generation, it’s faster and capable of longer driving distances that range from 168-235 miles on a full charge, depending on the model. Interestingly, the unique-looking Leaf goes from 0-60 in around 8 seconds, which is faster than the vastly better-looking VW e-Golf.

A great feature of the Leaf is Nissan’s route planner, which highlights the charging points along your journey so you can recharge the car during your trip. What’s more, the Leaf’s various modes allow you to charge on the go and consume energy as economically as possible during use.

The Audi E-Tron is the new kid on the block and one of our most anticipated electric cars to lease in 2019. What’s more, it’s ready to compete with luxury SUVs, the I-Pace and Tesla’s Model X.

Audi’s mantra Vorsprung durch Technik means Progress through technology, and the E-Tron is a testament to that ideology. Engineered to perfection, this electric vehicle is comfortable, safe and performs beautifully. A full charge is obtained in under thirty minutes and has a driving range of 248 miles.

The E-Tron’s all-wheel-drive keeps you grounded to the road for safety and comfort, and state-of-the-art self-parking technology makes getting into those tight spaces a doddle.

While electric cars have come on leaps and bounds, there’s no denying that electric vehicles and zero-emissions cars still have a long way to go. One of the biggest barriers for people looking to buy their electric cars is cost and infrastructure, which means that leasing could be a viable option while society catches up. Get in touch with Just Drive and we’ll go through your options and help you find the ideal electric cars to lease in 2019.

Get a quote on your new electric vehicle